Before I jump into teaching tips and strategies for AAC, I’d like to point out that there still prevail several myths about using and teaching AAC that need to be put to rest in one’s mind before proceeding, because they are, ultimately, dangerous and misleading.
Stated in their true, factual, negative forms they are:
There are NO prerequisite skills for learning to use AAC. AAC is NOT a last resort, only to be used when all attempts at teaching verbal communication over time have failed. And, NO AAC will not prevent a child from speaking or in any way delay the development of speech in any child who has the potential to speak at ll. NO child is too young to begin working on using AAC. There is NO hierarchy of AAC systems or symbol systems through which a child needs to work before using high-technology dynamic display systems. AAC is NOT only for persons who are completely nonverbal. NO individual is too cognitively impaired to use AAC. And, NO, PECS is not sufficiently robust as an AAC system.
You can find my free handout on the myths of AAC here

Now, where do I start?
The number one strategy for teaching an individual to use AAC is Aided Language Stimulation.   Aided Language Stimulation (AlgS)  Few AAC users are sophisticated enough to make the AAC system work for them immediately. Aided Language Stimulation (ALgS) is a strategy in which a communication partner teaches the AAC user the meanings of symbols, their locations, and how/when to use them through modeling their use while providing verbal input for genuine communication interactions.
In order for a child to learn to use pictures to communicate they need to have models of people using pictures to communicate.  It has been likened to foreign language immersion - in order to learn a new language, one needs models of people using that language.  Speaking children learn to talk by listening to others talking.  Picture-based communicators need to learn to use their mode of communication by watching other use pictures to communicate effectively. I can’t stress this enough. Partners should use pictures while talking, producing messages for a wide variety of communicative functions (e.g. questions, comments, greetings, requests, responses, giving and asking for information, telling, directing), using as much of the available vocabulary as is possible/practical.  Using aided language for commands or questions should be minimized; maximize use of statements and comments.  In order to do this, partners must be familiar with the location of vocabulary in the system. They should practice with other partners to get comfortable with it. 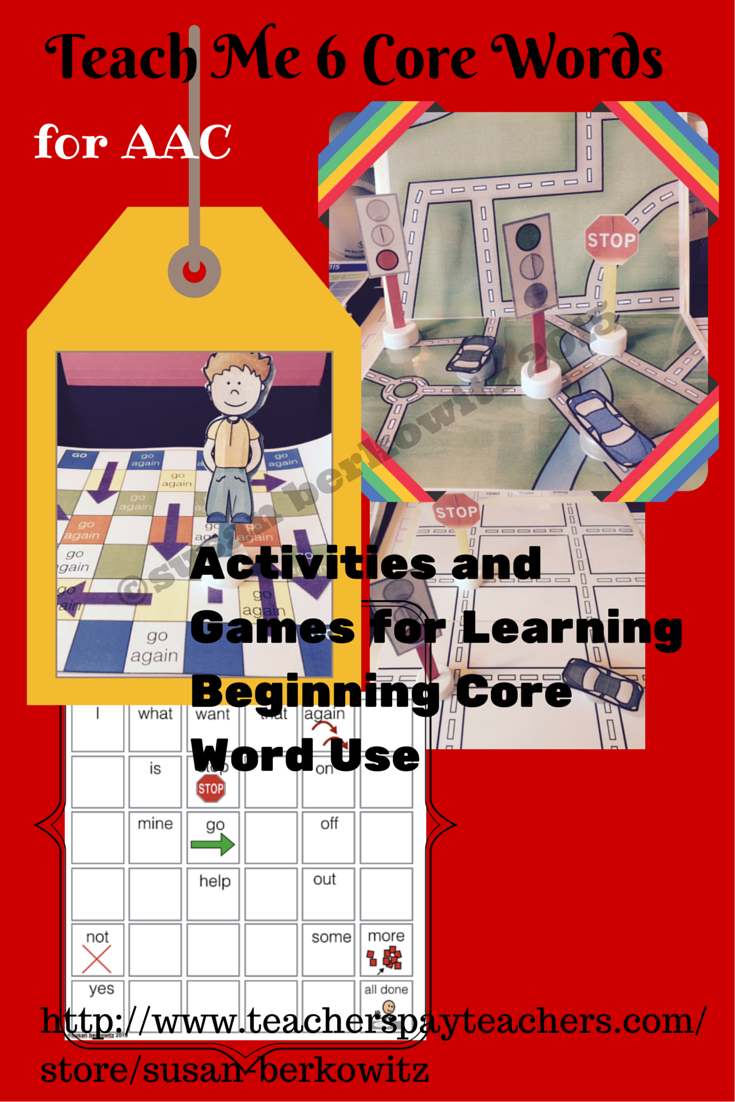 Core word teaching serves as a great method for teaching language; particularly generative language teaching.
What kind of technology or system do we use?
When asked the question, “Does this individual need a low-technology system or a high-technology device?” the answer is “Yes.  All of the above.”  At all times we should remember to focus on the individual and their communication; NOT the technology.
No tech is also considered to include object-based systems, as well as paper based systems that may or may not be created with a computer, using letters, words, and/or picture symbols.  Some examples include:
1. Object boards (with or without symbols or text).  Object boards are sometimes used for individuals who relate better to concrete objects, or those who have severe vision impairments, or who are deaf-blind, and who have difficulty understanding the symbolic nature of pictures.  This often limits those students’ available vocabulary and restricts their access to a variety of communicative intents.
2. Single pictures (or photographs) that are good for labeling items in the environment or for making simple requests. Even without technological solutions and equipment there is a lot that can be done in classrooms for students who need AAC (but might not yet have it) using pictures taken from software, websites, magazines, or other educational sources.
3. Single communication boards; which can be created in several different styles and means of vocabulary organization.
For some sample core word-based communication boards for a variety of users, look at my Core Word Communication Boards sets: 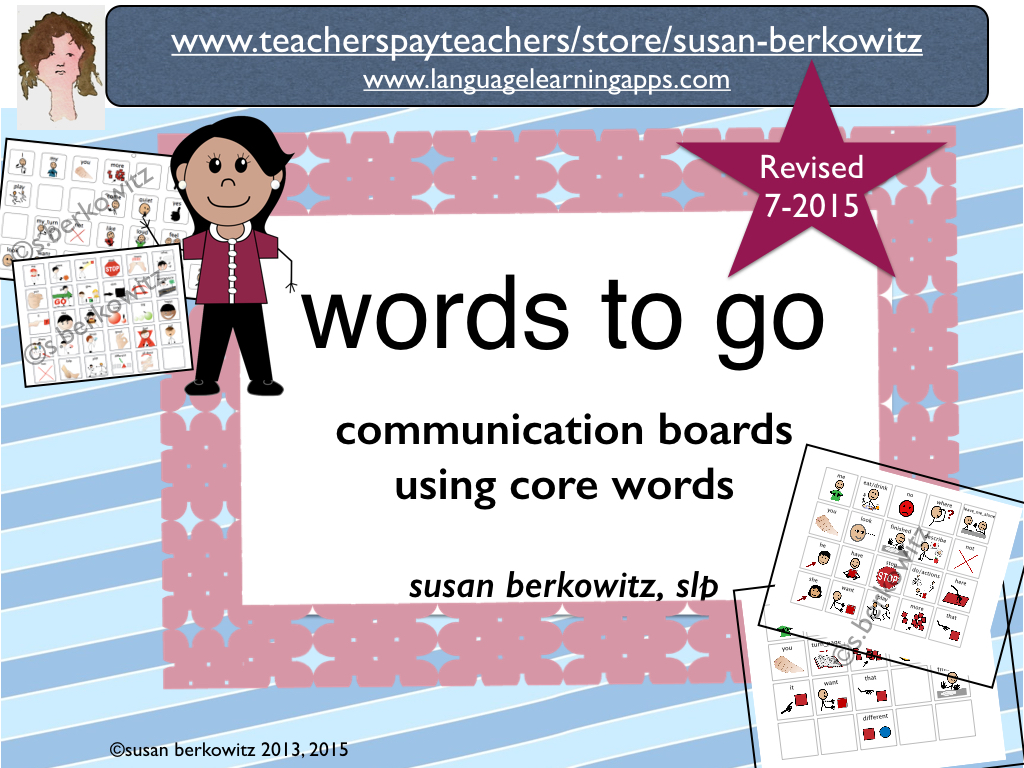 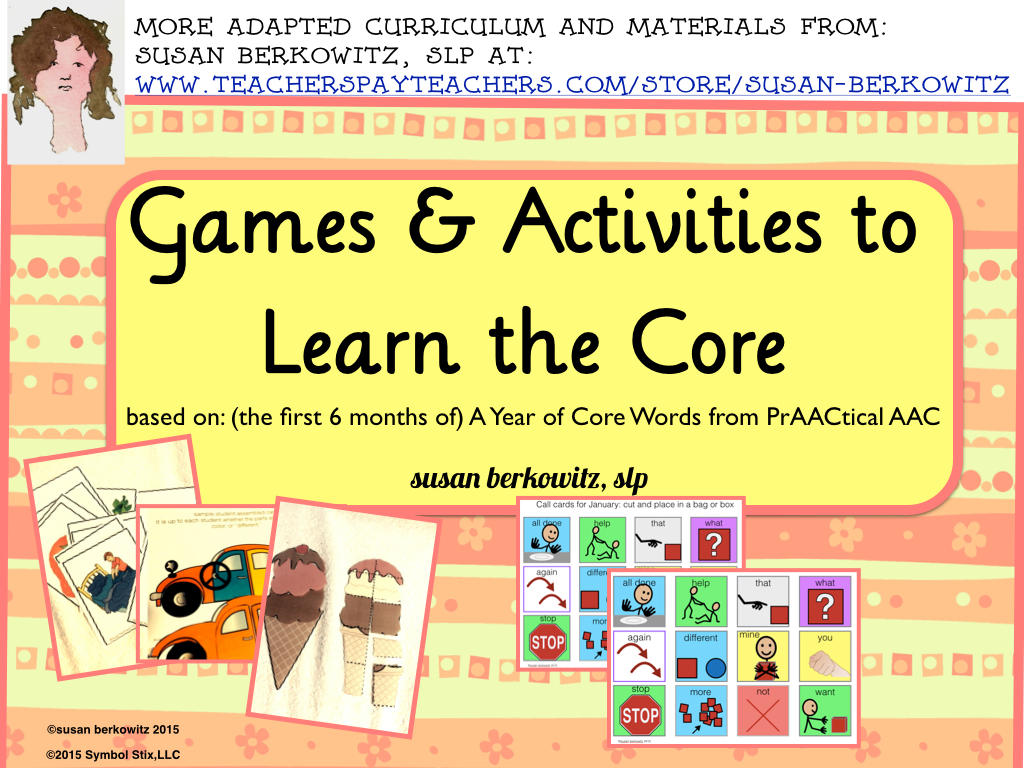 A Word About Partner Training 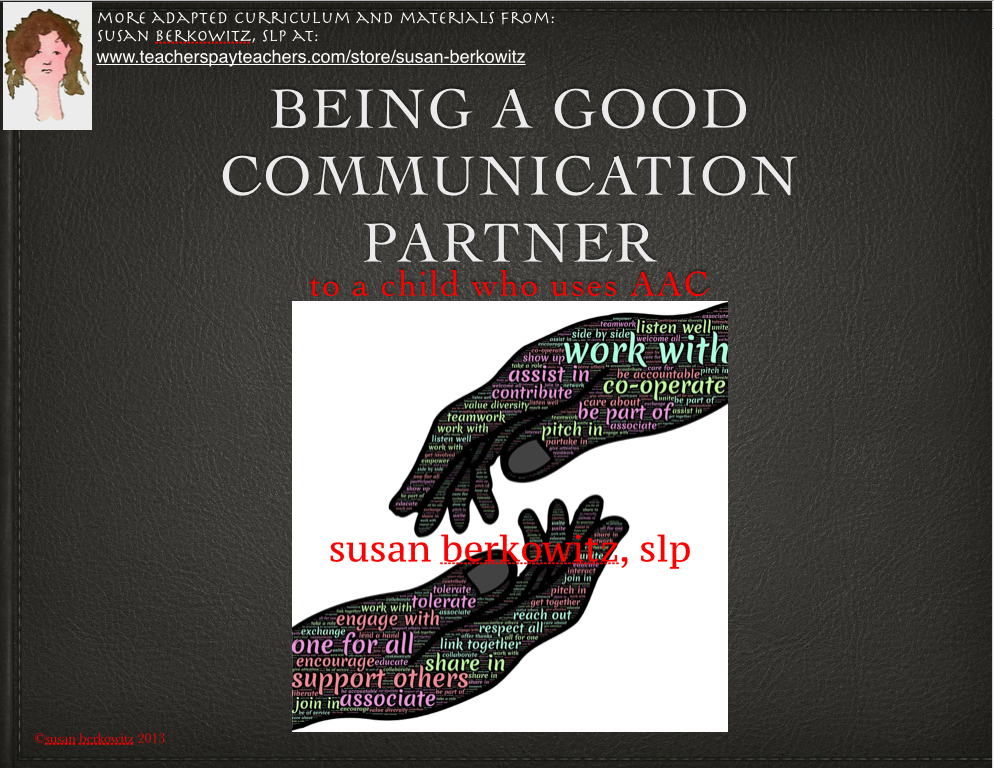 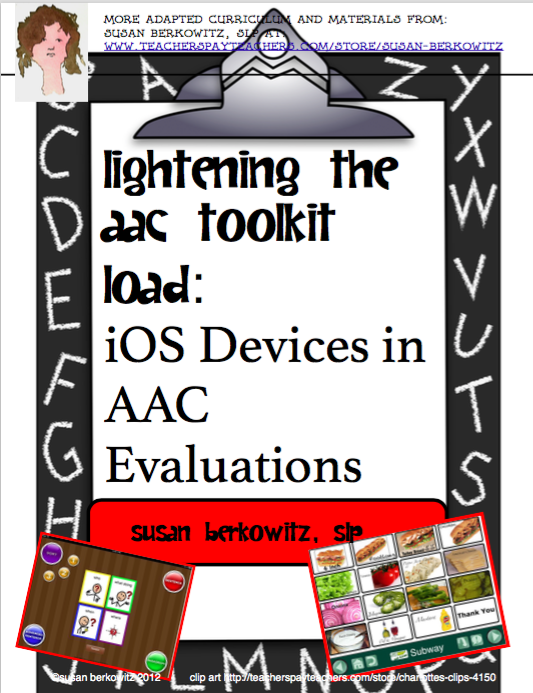 and teaching resources you can use today with your AAC users! 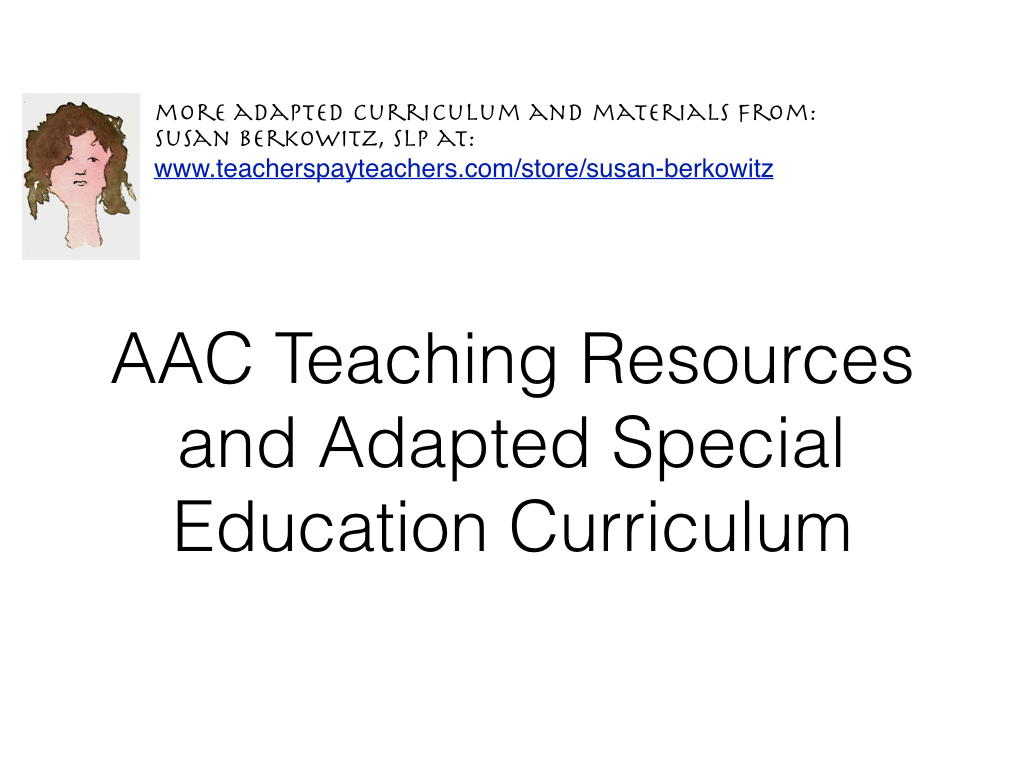